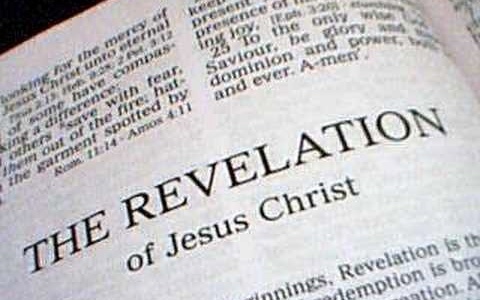 Let’s imagine a bright, compassionate, spiritual-not-religious churchgoer—I’ll call him “Justin.” “Justin” is a person who grew up in a fairly traditional Christian home. He experienced church as a relatively benign part of his life, though he never took the belief system very seriously. He got married fairly young to someone with a similar background, became a schoolteacher, and had a couple of kids. He’s politically progressive and likes hanging around with like-minded people.

“Justin” would not necessarily call himself a Christian—he’s repulsed by the current expression of popular conservative Christianity with its support for Trump. But he also wouldn’t call himself an atheist and he is comfortable being active in his local congregation. We could say he’s a “post-Christian” (in distinction from anti-Christian atheist, secular humanist, or even unaffiliated agnostic). What would you expect that “Justin’s” attitude about the book of Revelation would be?

If he has given it any thought, I would assume that “Justin” would think Revelation is pretty bad. He wouldn’t feel any obligation to give it the benefit of the doubt because he has no loyalty to each book in the Bible as inherently authoritative and normative. He may know about how Revelation is used as predictive prophecy by conservative Christians to, for example, justify blind support for Israel’s vicious policies toward Palestinians. He also may know that Revelation is often cited as a basis for belief in a near future terrible “Tribulation” that will lead to great punitive judgment for most of the world—and the miraculous rescue in the Rapture of conservative Christians. All this seems quite repulsive to “Justin,” and he has no reason to doubt that these views are an accurate interpretation of Revelation itself.

I would like to invite “Justin” to give Revelation a chance. I think there are good reasons for post-Christians (as well as pre-Christians and current Christians!) to look to Revelation for hopeful and inspiring guidance. I will sketch a few of those in this post, recognizing that a positive appreciation of Revelation is a learned disposition—and one that requires some nuanced reading. I can only be suggestive in the short space I have allotted myself here, and point to further explanations I have given elsewhere. END_OF_DOCUMENT_TOKEN_TO_BE_REPLACED