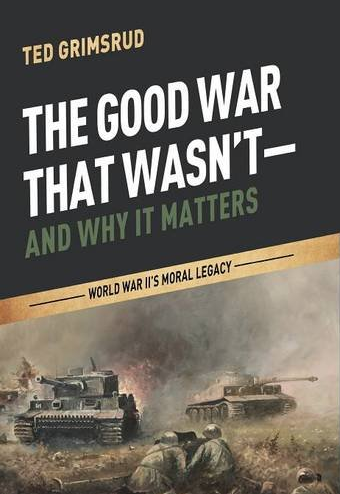 THE “GOOD” WAR THAT WASN’T—AND WHY IT MATTERS: WORLD WAR II’S MORAL LEGACY (the links listed here are rough drafts of the chapters of the book published in 2014 by Cascade Books; here is a link to a pdf of the entire book)

3. Jus In Bello: The Conduct of the War

4. What the War Cost

A series of posts drawn from the book’s conclusion—“The disaster that was World War II: Could things have been different? (part one)” [posted May 29, 2013]

“The Military Industrial Complex and the Moral Legacy of World War II”—Paper presented at the Military Industrial Complex at Fifty Conference at Guilford College, Greensboro, NC, January 14, 2011. [This is a slightly updated version of the 9/29/10 and 10/5/1o lectures taking into account the legacy of President Eisenhower’s “farewell address” in 1961.]

“The Moral Legacy of World War II”—Lecture given at Eastern Mennonite University, September 29, 2010, and at Goshen College, October 5, 2010.  Here is a link to a podcast of the EMU lecture.

Herman, Arthur. Gandhi and Churchill: The Epic Rivalry That Destroyed an Empire and Forged Our Age

Hitchcock, William I. The Bitter Road to Freedom: A New History of the Liberation of Europe

Sheehan, James J. Where Have All the Soldiers Gone? The Transformation of Modern Europe