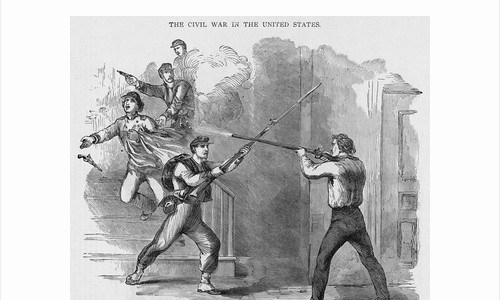 I grew up in western Oregon. Until I was 17, the farthest east I had ever been was Wallowa Lake in the northeastern corner of the state. Then, the summer after my junior year in high school, my family took a road trip out to Virginia to meet my new niece. My dad, who was a history teacher with deep interest in the Civil War, was thrilled to get to visit battlefields, museums, and other key Civil War sites. It was pretty interesting, but we had to leave to return home way too soon and only scratched the surface.

Ever since Kathleen, Johan, and I moved to Harrisonburg, VA, in 1996, I have felt guilty that I have not given much thought to the Civil War. My dad (who died in 1984) would be furious if he knew how I had wasted my time here by not paying more attention to Civil War places and materials. My apathy might finally be ending.

In the past few years I have learned about the impressive work of Bryan Stevenson. In his book, Just Mercy: A Story of Justice and Redemption (2014), Stevenson details his work as an attorney who has devoted his energy to saving the lives of people treated unjustly by our criminal justice system. He established the Equal Justice Initiative in Montgomery, Alabama, as the headquarters for his work.

Living in Montgomery has exposed Stevenson to the long and deep history of American violence toward people of color. He led an effort to establish a museum that would recognize the terrible toll of lynching in our country. This museum, the National Memorial for Peace and Justice, and its accompanying Legacy Museum opened their doors in late April this year. With this opening, Stevenson has been asked to talk in various settings about the legacy of such terroristic violence. He is extraordinarily clear and straightforward in the story he tells. A few weeks ago, I listened to an extended interview he gave the Washington Post.

Stevenson made a comment that got my attention. He stated that slavery never actually ended in the United States. It only evolved. This statement came simply as an observation, not as a strong thesis that he laid out a detailed rationale for. But his discussion of the tradition of Jim Crow segregation and lynchings by the thousand in the generations following the legal ending of slavery following the Civil War and his allusions to the ongoing plague of mass incarceration that has especially targeted black Americans offer anecdotal support for his statement about slavery’s evolution (and correlate with Michelle Alexander’s arguments about the dynamics of mass incarceration, especially in her book, The New Jim Crow: Mass Incarceration in the Age of Colorblindness). END_OF_DOCUMENT_TOKEN_TO_BE_REPLACED