In his new book, Who Will Be a Witness? Igniting Activism for God’s Justice, Love, and Deliverance (Herald Press), Messiah College theology professor Drew Hart has given us a much-needed theological resource for embodying the way of Jesus in our troubled times.

A theology for Christian social engagement

The most attractive aspect of this engagingly written book is how Hart synthesizes three streams of Christian theology: (1) a Jesus-centered biblical radicalism that has a visionary suspicion of the mainstream Christian tradition, (2) a socially-engaged sensibility shaped by the black experience in America (a legacy Hart calls “the black prophetic tradition”), and (3) an Anabaptistic orientation that emphasizes the call to transformative nonviolence.

While Hart writes explicitly as a black theologian, what he provides is not a narrowly focused “contextual theology.” His first book, the well-received Trouble I’ve Seen: Changing the Way the Church Views Racism, focuses on the African American context. This new book, Who Will Be a Witness?, may in turn more accurately be understood as a much broader Christian theology of social engagement that Hart constructs through the lens of the black Christian tradition.

Thus, Hart’s book may be seen as a contemporary expression of what theological historian Gary Dorrien presents as “the black social gospel” in his recent magisterial two-volume history of that tradition in the United States. Dorrien argues that the black social gospel has been a perspective that speaks to all Christians with a profound awareness of the concrete relevance of the Christian gospel for life in this world. Like the great practitioners of the black social gospel such as Howard Thurman and Martin Luther King, Jr., Hart gives us a powerful challenge for all Christians to understand that at the very core of our faith lies a call to be an active presence in the world witnessing to God’s work of justice and healing. END_OF_DOCUMENT_TOKEN_TO_BE_REPLACED 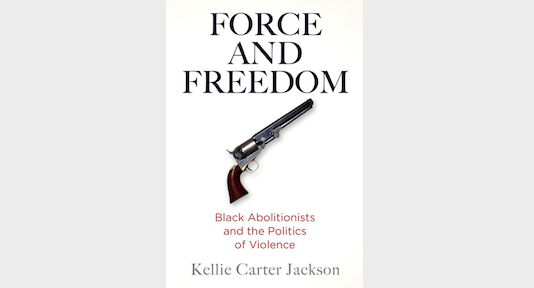 A new book challenges many of my assumptions about the role of violence and nonviolence in resistance to white supremacy and enslavement in American history. Kellie Carter Jackson, a historian who teaches at Wellesley College, in Force and Freedom: Black Abolitionists and the Politics of Violence (University of Pennsylvania Press, 2019) argues for the centrality of necessary violence in the work of resisting and ending slavery. Though she alludes only briefly to the more recent Civil Rights Movement, she seems to believe that violence was a necessary part of the positive gains made in the 1950s and 1960s as well.

I found this book quite interesting—which, unfortunately, is a comment I make only partly as a compliment. One of Carter Jackson’s achievements that I fully affirm is how she draws attention to the numerous black advocates for abolition in the several decades prior to the Civil War. All too often, the story of the abolitionist movement has focused almost exclusively on the white leaders with the addition of Frederick Douglass. Carter Jackson helps us see how vital and widespread the movement among black activists in the North actually was.

As well, Carter Jackson provides an insightful account of the evolution of the abolitionist movement in face of the extraordinary intransigence of white supremacists in the South and the North. At the beginning of the William Lloyd Garrison-led “formal” abolitionist movement in the early 1830s, the emphasis was on “moral suasion” that was self-consciously opposed to the use of violence to effect liberation for the enslaved. Over the following several decades, as the regime of enslavement became more entrenched—with the deep-seated collaboration of Congress, various pro-slavery presidents, and the Supreme Court—those committed to its eradication became increasingly impatient with the emphasis only on “suasion.” Belief in the necessity of violence for the liberation of the enslaved became increasingly widespread.

However, I do not believe that Carter Jackson has successfully made the case for her more wide-ranging claims (albeit usually only implicitly stated) that violence was indeed necessary, then and ever since, for achieving both liberation from slavery and social equality. In her epilogue she tellingly quotes Cynthia Washington of the Student Nonviolent Coordinating Committee from the 1960s, “I was never a true believer in nonviolence.” Washington “carried a handgun in her bag. And though she never fired it, she made it clear that she was willing to do so” (p. 160). Carter Jackson clearly sees Washington’s views on nonviolence as reflecting her own—that is, she doesn’t really give nonviolence a chance. END_OF_DOCUMENT_TOKEN_TO_BE_REPLACED 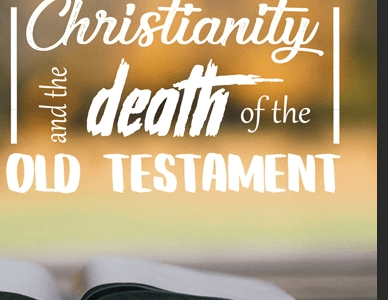 I was in college, back in the early 1970s, when a new translation of the Bible—The New International Version—was first published. The NIV has gone on to be quite popular and is widely used, especially in evangelical settings. The New Testament by itself was first published. I don’t remember how I even knew about this new translation, but I bought a copy as soon as I learned about it.

There were a couple of things about this new Bible that were noteworthy. First of all was how readable it was. After I had my conversion experience when I was 17, I was nurtured in a congregation that insisted using on the King James translation. I found the KJV difficult to read. Perhaps I justified defecting to this new translation by telling myself that I had been unfaithful in my Bible reading and getting an easier to read version would help me better carry out that core obligation.

The second noteworthy element was that this NIV New Testament looked like a regular hardback book. That is, the paper was not super thin like most Bibles. The print wasn’t extra small. The text came in paragraphs, not individual verses. It did not have two columns on a page, but only one. The cover wasn’t leather but was like regular hardback books.

Not long after I got my NIV, I visited my home church. My friend Richard was shocked when he saw it. “It’s just like any other book!” he cried. He wasn’t a judgmental guy, but he did seem pretty disapproving at first. As we talked a bit, he kind of relented and granted that if it helped me read my Bible more, that was a good thing. END_OF_DOCUMENT_TOKEN_TO_BE_REPLACED

I, for one, am intrigued with the stories of those who have turned away from an evangelical Christian past and yet remained active followers of Jesus. I like to compare notes, and I find these accounts helpful as I continue to try to make sense of this strand of religiosity that continues to have a great impact on American society.

A recent book, Chris Kratzer’s provocatively titled Leatherbound Terrorism: Crucified by Conservative Evangelicalism, Resurrected by Jesus (Grace Publishing, 2018), has the virtue of some brutal honesty, sharp criticism, and (most importantly) the articulation of a counter vision for how to understand and practice Christian faith. I will be able offer only a qualified endorsement of the book, for reasons I will explain, but I welcome this volume to the growing library of works that present alternatives to what has become a devastating embodiment of Christianity in the United States on the part of the Religious Right.

Kratzer’s account is searingly personal. He writes of a traumatic childhood in an abusive family that segued into an ambivalent religiosity where he sought to deepen his sense of God’s acceptance of him. Amidst his childhood trauma he encountered Jesus in a personal way as a healing power—but then struggled to sustain a connection with that power. Interestingly, after college Kratzer attended a Lutheran seminary and began his career as a Lutheran minister. Fairly quickly, though, he changed directions and entered the ministry in an evangelical setting. He vowed to be a success, and followed a template of high-powered megachurch religiosity.

Kratzer does not give us many details about the specific version of evangelicalism that he embraced, but he does clearly detail how it shaped his psyche. He portrays himself as a man of strong convictions who understood his calling as one of top-down leadership and controlling power. It’s not clear from his account how outwardly successful his ministry actually was. We aren’t told how far he advanced in the magachurch constellation. What is clear is that he never felt successful.

The heart of the evangelicalism that Kratzer practiced was a quest for certainty, a quest for the satisfaction of being worthy of salvation, a quest for a sense of superiority in relation to those who don’t measure up—that is, a quest for the quieting of a life-long anxiety about failure and unworthiness. END_OF_DOCUMENT_TOKEN_TO_BE_REPLACED