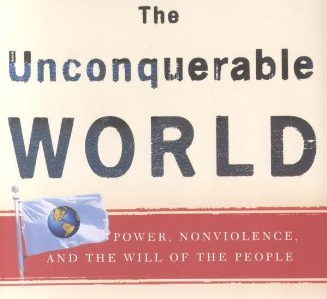 Efforts to resist racism and nuclearism show how deeply entrenched these problems are in the U.S. Powerful efforts that mobilized thousands upon thousands of people who sought change brought only grudging and fragile improvements. In the case of both sets of issues, the gains sadly were followed by losses and our situation today remains one of peril and injustice.

World War II marked a bit of progress in racial justice. Yet many black soldiers left the military frustrated by facing racism even as they answered their country’s call to serve. More so, they encountered oppression as they returned to a profoundly racist country that continued to treat these veterans as second-class citizens. They not only returned to the same old same old in terms of on-going discrimination, they also found themselves deprived of many of the benefits white veterans received due to their service.

Out of these experiences, many blacks deepened their resolve to work for change. So the Civil Rights movement that emerged in force in the second half of the 1950s owed some of its energy to the common experience of the contradictions in American culture where the demand for military service for the sake of “freedom” was accomplished by the denial of basic freedoms to those who served.

The nuclear threat directly arose from World War II. The U.S. was not capable of turning away from the use of these weapons nor from attempting to develop them and to seek a monopoly on their possession. As Garry Wills argues, this willingness by American policy makers to devote such extraordinary amounts of resources to the weapons of death drastically undermined American democracy as well as placed the entire world in enormous peril (see Garry Wills, Bomb Power: The Modern Presidency and the National Security State). Then, after the American “victory” in the arms race in the early 1990s, the country proved unable to end the pouring its treasure into systems of destruction.

Nonetheless, despite the seeming intractability of these problems, movements to overcome them contain important lessons for the future of humanity. The violent legacy of World War II has been challenged, effectively. And the challenges to this legacy have created momentum toward change—even if this momentum may not always be obviously discernable. Rosa Parks’ initiating the sit-in in December 1955, and the emergence of an international mass movement opposing nuclear weapons when American policy makers pursued the hydrogen bomb, marked key moments of resistance to the trajectory toward more and more violence. END_OF_DOCUMENT_TOKEN_TO_BE_REPLACED

In February, 2015, I was privileged to be a guest on a radio show, Community Justice Talks, on KHEN-FM, Salida, Colorado. The show’s host, Molly Rowan Leach, interviewed me for about half an hour. We talked about an article I had written,“Violence as a Theological Problem” and my two books, Instead of Atonement: The Bible’s Salvation Story and Our Hope for Justice, and The Good War That Wasn’t—And Why It Matters: World War II’s Moral Legacy.

The recording of that interview is now available. Here’s a link to a page that allows visitors to listen to the interview directly or to download a podcast. Or it can be listened to here as well. I have also post an edited written transcript of the interview on my PeaceTheology website.

I appreciate Molly’s excellent interviewing skills that helped me articulate some of the main ideas I have been working on that relate to the connection between theology, our current dynamics of retribution, and the promise of restorative justice.